The morning of Good Friday in 1991, I was sitting at the kitchen table with my mom and my brother, eating breakfast. Breakfast that morning was blueberry poptarts. Dad was in the bathroom at the other end of the house taking a shower. The weather was awful at our house in Marietta, GA. There was a thunderstorm unlike anything I can remember ever seeing before that. Despite being approximately 8:30am, it was as dark as midnight outside, except for the flashes of lightning which were so bright, they lit everything up like it was high noon. It was raining. Specifically, it was raining really hard, and the wind was blowing the rain completely sideways. The thunder seemed nearly constant and shook the house on the foundation. I remember my mom going to the front door to look outside and my brother and I followed her. I remember looking over and seeing our American flag blowing wildly and asking if we should bring it in. The radio was playing in the background but I don't remember what it was saying, it seems like it was the "wah wah wah" that you hear when adults speak in a Charlie Brown cartoon.

Suddenly, Mom said we had to get down to the basement. We lived in Georgia so people actually had basements underneath the house, down in the ground and everything. I remember following her and, despite me going as fast as I could, she was dragging me and I was stumbling. The steps were so steep as they went down into darkness, down into the ground where everything was cool and still.

We sat there in the basement, listening, straining our ears, trying to hear what was going on upstairs as a tornado disrupted our lives and tore up our house. On his website, my dad describes the tornado activity across the county and in our neighborhood/over and around our house:


"We would later find out that six maximum force tornadoes (winds measured well over 250MPH) all touched down in close proximity in the county essentially simultaneously. A friend on the south side of Atlanta (we were north) called because he had seen on eyewitness news there had been a tornado near us, and wondered if we had seen it. Andre', my best friend, called. "Pray for Darlene & the boys - they were hit in the car by a tornado! They're all shaken up; I'm going to try to get to them now." We had to laugh. We'd been through so much with them - here we went again! (They turned out to be fine, other than being shaken up.)

One tornado had come through the neighborhood, straight across the street, tearing up homes left and right. Another had gone right through the woods behind us; they had crossed by our back property line (after, we found, following roughly parallel courses for over a mile). There was a 50 yard swath cut through the woods at about 5 feet off the ground. All the tree tops were laid out nicely in the same direction - like Paul Bunyan and Babe had just gone through or something."

All of this was going on while we sat in the basement, scared of not only the tornado but scared for Dad, who was still in the shower when the tornado hit (an experience described here). We were a little off to the side of the stairs. There was a wooden desk sitting there. It was older, made out of solid wood, and had a little opening for your legs with wood sides all around, totally enclosed but for the front. I remember hunching down and pressing back as hard as I could, trying to get underneath the desk, instinctively feeling that the safest place was to be surrounded by something solid, not liking all the empty cavernous space of the basement and afraid that the ceiling (aka, the rest of the house) would fall down around us. I couldn't get underneath the desk because the leg space was filled with books (that's totally normal, right?) but still pushing back with all my might. I remember what those books felt like against my back. I was terrified.

After what seemed like an eternity, my Dad opened the door to the basement and came down to tell us it was safe to come upstairs. Mom and Josiah went upstairs with Dad. They all stood at the top of the stairs, calling down to try to reassure me it was okay to come back upstairs. Eventually, I had to be carried up the stairs. I still wasn't totally convinced that the tornado wouldn't come back. As far as I was concerned, life had just gone from normal to terrifying in a split second and now, a few minutes later, everyone was trying to convince me that it wouldn't happen again? Ha!

I emerged from the basement to find a world that seemed to me, a 6 year old girl, to be turned totally upside down. Windows were out of their frames and there were broken glass, dirt, and mud everywhere.  Outside, there were trees uprooted, but the glass cake dish on the kitchen counter was untouched. My brother's bedroom was undamaged except for a little spot in the ceiling where some water was leaking (a result of the roof being in less than fantastic shape). Across the hall, my bedroom was a total mess, having been hit the hardest of all the rooms in the house. As with many tornadoes, there were examples of this kind of surreal contrast all throughout the house and the neighborhood, the entire county.

An hour after the tornado ended, I realized I was still holding onto my blueberry poptart. Holding onto it might be a rather mild way of putting it, since my grip was so tight my fingers had made holes clean through and was basically wearing the poptart like some kind of odd ring.

This year, 2014, will be 23 years since the tornado hit our house with us inside. 23 years later, I can still remember clearly what it looked and sounded and felt like when the thunder rolled, the lightning struck, and the wind rattled everything, blowing trees over in half. I didn't get much sleep that weekend, terrified that a tornado would hit again. It was a long time before rain stopped freaking me out. 5 years later, I was still conducting tornado drills and fixing up the closets and bathrooms to be as safe and comfortable as possible if we had to take shelter every time there was a tornado watch or warning (we had moved to Central Texas where the limestone makes basements all but impossible). I think it's safe to say I may have been suffering some PTSD.

Maybe you're thinking "This is a PPD blog. Why am I reading about a tornado from Esther's childhood?". People often ask "What is PPD like?" and it hit me the other day that PPD, at least for me, was exactly like living through that tornado.

One minute, I was celebrating what should have been one of the happiest times of my life, but with a nagging sensation that something was wrong. All of a sudden, there was a storm. A massive and nasty storm, that turns my mental and emotional landscape, my entire life, everything around me, into an unrecognizable and scary scene. Everything becomes total chaos. Terrifying chaos, and I have no clue whether I'll live through it, whether or not my family will come out of it complete. There's noise. Things are light then dark then light, and my whole world is shaking and shaken. I'm utterly terrified, senseless with fear and uncertainty.

But eventually, into the darkness and chaos, light begins to extend. I start to notice that things are quieter, calmer. I'm being told that everything is over, that it's ok to come out of the dark, that life is safe again. It takes some doing but slowly, I emerge from my hiding place. I come out to find that everything in a shambles, that things are broken, but people pick me up and carry me to safety, and then people, loved ones, step in to help clean up the mess that this unasked for storm has made of my life.

When it's all said and done, nothing looked the same again. Nothing has ever been the same, either since the tornado or since PPD. But it is life, and it is put back together, it is mended, and I move on. Sometimes, I still get scared. 23 years after I lived through The Good Friday That Wasn't, I still have trouble sleeping through thunderstorms. I still go into pregnancy a little apprehensive, ever watchful for the symptoms, always on guard for signs that the storm that tore my life apart for those months might be reappearing, but I lived. I SURVIVED. And now, when I look back on both experiences, I see that I have come out of both times stronger and wiser, with more compassion and understanding for others whose lives are rocked by storms, whether physical or otherwise.

For 4 years, I've been trying to figure out why PPD felt so familiar, how to describe PPD, what PPD is like. I finally know.

If you're living through PPD, hang in there. It doesn't last forever (it only feels like it does). Eventually, the storm will let up and you'll be able to come back into the light. I can't guarantee that you'll come out unscathed, you may have some scars after all is said and done, but you will still be alive, you will still be you. The storm will end and you will be ok. There are people here for you to help you, to stand by you, to support you, to offer you a place to rest your head while you fix your roof. You are not alone in this storm or in the aftermath.

*Note* Pictures of the physical aftermath of the tornado that hit our house in 1991 can be seen here. 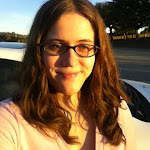